The 18 year old Berlin based singer Coco-Paloma is of a dying breed. Having moved from Munich to Berlin as a one year old, she grew up in the German capital. Rather than having moved there to start a career when the city began to attract creatives and tourists from all around the world, she is a bonafide native.

One might say Coco-Paloma carries the spirit of the city within her. She was raised during a time when it wasn’t the coolest, hippest hubbub, but a city under construction. It therefore comes as no surprise that a kid who grew up in Europe’s capital of electronic music developed an interest in techno music and raves at a very early age.

But it was at the age of 15 that the daughter of classical, world-touring musician parents began to write her own story by sneaking into techno parties with forged papers and calling about blank, one of Berlin’s most infamous House and Techno clubs, her safe place.

Paloma’s love for music and especially for creating her own tracks may not have originated solely within the walls of these sanctuaries of electronic music, but the experience sure sparked the fire. Experimenting with different genres and producers, the singer began her path into the production side of music. For the past three years she’s been working with, and learning from, a vast variety of DJs and producers. The most current one being one of Europe’s most in-demand underground techno artists, Héctor Oaks.

After moving from Madrid to Berlin and dropping his first releases on the fertile soil of Berlin’s underground, the trained sound engineer soon saw his career take off internationally. His job at the infamous second hand store The Record Loft gave him the baggage to become one of the techno artist with the widest music spectrum. His DJ skill pulled him at the front of the international scene being resident of some of the most respected clubs and parties in the circuit: Bassiani, Herrensauna and possession.

In the last three years the labels that Héctor manages, OAKS and KAOS, have set a path for the current trend of Neo-Rave and Hardtechno that proliferates in the industry these days.

The collaboration of these two artists with completely different backgrounds but a shared love for electronic music is what makes their debut EP No Hay Mañana so intriguing. Besides their liaison being a genuine manifestation of the world’s creative melting pot that is Berlin, the songs the two created induce a feeling of being lost but connected at the same time. Coco-Paloma’s lyrics are somewhat existential and dark and speak about different realities. Héctor Oaks’ production makes you want to lose yourself in those worlds; to dive in and live like there’s no tomorrow.

No Hay Mañana is also the EP’s first single release. It’s a song that starts with the question If there is no tomorrow, why would you act the same? Subsequently, it drives all your senses into unknown places by a throbbing beat and vocals that show Coco-Paloma’s variety. Her vocals exhibit facets of pop, but another kind of pop – somewhat vanguard, highly artistic and matured. The mantra-like style of iteration in the lyrics intensifies the feeling of losing oneself in a strange but wonderful world of soundscapes and pulsating techno beats. Throughout the EP these worlds are ever-changing. From the groovy, playful style of Player Three, back to the search for heights in the depth of a hard and hitting beat in Chasing Highs, and concluding in a creeping slow Danger 4 You – Coco-Paloma and Héctor Oaks are not afraid to show their ambiguity.

This is the beauty of cultural and creative melting pots, the beauty of different backgrounds, life stories and experiences: The singularity of individual human beings begins to cancel out. While still being unique and somewhat alone, we start to connect, forget our solitude and live like there’s no tomorrow. Coco-Paloma’s and Héctor Oaks’ No Hay Mañana is a tribute to that.

Hey Hector and Coco-Paloma, great to chat with you. How have you been recently  ?

H: I’ve just come from South America and honestly it was great, still trying to beat the jet-lag. Anyhow I feel energized and motivated to ride the year ahead.

Coco:Learning, growing and full of excitement for what is to come. I’d imagine most people have experienced quite intense ups and downs during the pandemic, the toughest period personally were the last couple of months. Not losing sight of tomorrow kept me going.

Hector, we  know your sets and the energy behind them very well, however the collaboration with Coco-Paloma is a completely different chapter for both of you. You two met during the lockdown. How did that happen and how did it become such an emotional and powerful project?

H: I think Claudio and Club Qu should take the responsibility for this encounter. For me personally it felt just as the next natural step and it came in the perfect moment. Really enjoyed putting myself in an area of no-comfort.  I think that really pushed me to reach zones  that would have taken years for me to arrive alone. The production of the whole project, with videos, engineers, studio sessions. The work with Coco was actually super smooth. I think that we are both quite emotional so we just did our thing and the whole thing escalated itself.

We are here to share the news about your recent EP which is called “No Hay Manana”. We might think it’s dark, but the vibe still makes us feel things are getting better. How would you describe “no tomorrow” for all of us?

The EP is a reflection; I was in a very dark place and quite literally did not see a tomorrow for myself. Everything seemed hopeless. Giving in to these emotions and finding light in the dark is something sacred. Expressing hopelessness is always bonded by an inherent need for hope and I think our EP gives just that, a sense of light.

H:A hardpop transgressive techno manifesto trying to push the limits of ourselves and the music. Fuelled with a lot of energy and love. I think that was a great escape for such a dystopian scenario we were living in. The lyrics are deep but the message is clear. Every time I play any of the songs on the floor I still get goosebumps. And I believe that the feeling is reciproque.

Coco, you  moved to the city when you were a child. Surely it was such an experience growing up in Berlin. We imagine plenty of stories from that time which influenced you in the process of this EP.  How would you describe changes in your musical journey after the release?

My mother moved us to Berlin when I was roughly one year old. Berlin is home and has given me more than I could have hoped for. The versatility in all aspects is magical. I was given the opportunity to unfold myself without a limited horizon. Since the release I have found myself slowly manifesting my own style.

What did you learn from yourselves during the creation process?

I found beauty in myself, which I did not see for a long time. Receiving the overwhelming resonance in regards to our EP, even during the creation process. Touching people with our composition of thoughts has been incredibly powerful.

H: I almost never cooperated with anyone before working with Paloma and to be honest it showed me that you can also exponentially increase your effect collaborating with someone. After this record I’m totally in the mood to produce music with other artists and opened myself more to experiment with styles, tempos, harmonies, intentions and grooves

I threw several barriers that I had in my head. Anyhow this was only possible because of Paloma and the amazing team of people who worked with us who gave us their energy and trust.

Thanks both for taking the  time to  chat with us. We can’t wait for more tracks from you two.  What are your plans for the upcoming year ?

Coco: There is virtue in talking less and doing more, all I’ll say is amongst our plans there may be a live performance or two to look forward to.

H: Nothing to add, but yeah. Can’t wait.

Perel has created ten tracks rich with spirit and allusion. 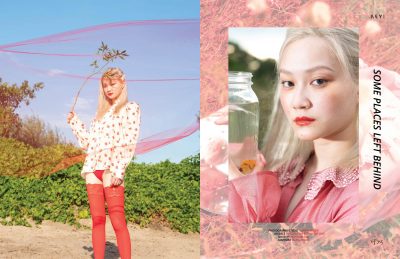 “Some places left behind” by Menghan Tsai with Chuying Gao 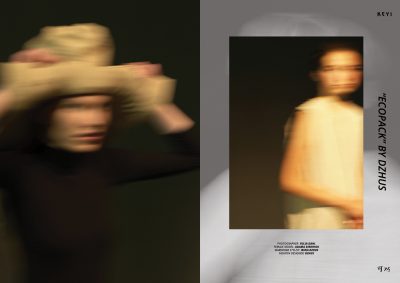 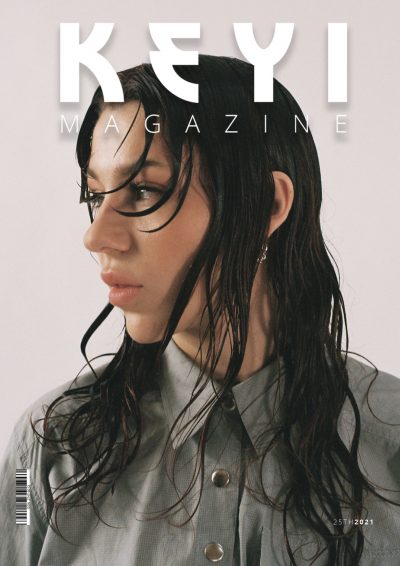